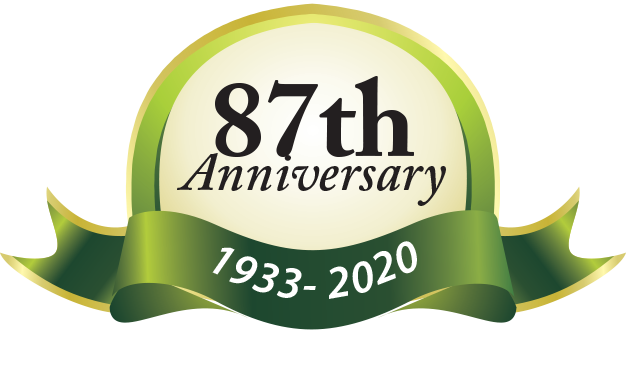 Open Saturday and Sunday only

The development of the speleothems (cave mineral formations) in Seneca Caverns i.e. stalactites, and flow stone has been minimal. As stated earlier in this section, Seneca Caverns is not a cave created directly by dissolution of the limestone as are most caves.

The stalactites visible in level four (4) are either in the initial stage of development or remnants of longer formations damaged during the early days of discovery and exploration.

Some of the early explorers , who were still living in the 1930’s, told the cave owner Don Bell that the profusion of stalactites decorating the ceiling in the 4th level were very slender and five (5) to eight (8) inches (13-20cm) in length. Unfortunately these beautiful delicate formations did not last very long following the discovery in 1872. Because no fragments existed on the cave floor we assume they were broken off and carried out as souvenirs.

Stalactites of this size are called “soda straws” because they are hollow and are very fragile. They are composed of the mineral calcite (CaCO3) which is the principle mineral of the overlying limestone.

As rainwater falls through the atmosphere it absorbs small amounts of carbon dioxide (CO2). As the slightly acidic rainwater passes through the soil it absorbs additional carbon dioxide and becomes slightly more acidic. This carbonic acid (H2CO3) charged rainwater percolates through the interconnected pores of the limestone and dissolves the calcite. When this calcite-laden groundwater reaches the cavern roof, the CO2 is released and the pure calcite is deposited around the circumference of the droplet. Over time the calcite ring grows in length and forms the hollow stalactite and continues to slowly grow in length.

During periods of increased precipitation the rate of acidic water flow also increases. This results in acidic water dropping to the floor of the cave where it then deposits calcite. The gradual growth of the deposited calcite upward creates a stalagmite. If they eventually meet and become one speleothem the formation is called a column.

When the percolating groundwater is a constant running stream calcite is deposited along the stream path and results in flowstone formations called veils or draperies. These formations normally occur on the ceiling or sloping sidewalls.

We are not as yet certain why Seneca Caverns is not decorated with more drip stone formations. There are many variables, which influence this form of secondary deposition. Rate of precipitation, water chemistry, atmospheric conditions, and physical properties of the limestone including porosity and permeability and the element of time, are among these variables. Perhaps the cavern system has not existed over a long enough period of time to allow more speleothem development!

Our formations continue to grow at the rate of approximately one (1) cubic inch (16cucm) per 100 years therefore; it will be many generations before any significant additional stalactite growth observed.

The flowstone deposits accumulate at a more accelerated rate than the dripstone due to the increased ground water flow. As a result early explorer’s names written on the flowstone during the late 1800’s are now covered with several millimeters of calcite but are still visible.