Open every day all summer. Book ahead or purchase tickets at our Visitor's Center upon arrival. 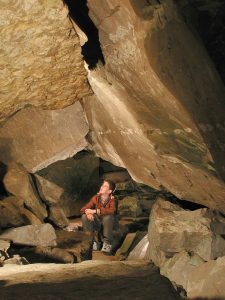 Ohio has approximately 500 caves and caverns and most are confined to a 40 mile (64 km) wide belt of limestone (CaCO3) and dolomite (CaMg(CO3)2) trending north and south from South Bass (Put-In-Bay) and Kelley’s Islands in Lake Erie through Adams County on the Ohio River. These caves are developed mainly in the Columbus and Delaware Formations (Middle Devonian) and to a lesser degree in the Detroit River Group of formations (Middle Devonian-Silurian); White (1926), Verber and Stansberry (1953).

Silurian rocks of western Ohio are not known for their fossils. When the limestone and shales were first deposited they were quite fossiliferous. Unfortunately, most of the fossils were destroyed when the limestone containing the fossils were altered to dolostones. One Silurian rock unit that still retains well-preserved fossils is the Brassfield Formation. The Brassfield is composed almost entirely of fragments of crinoid. Even the dolomitized formations contain molds and casts of fossils, in particular brachiopods and trilobites. Quarry operations in western Ohio have exposed several reefs preserved in Silurian-age rocks. Reefs are indicative that warm, open-marine conditions existed in Ohio at this time. Colonial corals are the most prominent fossil type composing reefs. Silurian-age rocks are well exposed in an arc from west of Dayton to near Portsmouth. 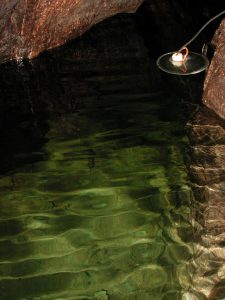 Devonian rocks in Ohio are a famous for their fossil abundance and diversity as are Ohio’s Ordovician-age rocks. There are two main areas of exposure of Devonian rocks in Ohio: northwestern Ohio and a north-south belt through the center of the state and then east along Lake Erie. The interbedded shale and limestone of the Silica Formation near Sylvania, in northwestern Ohio, contain abundant trilobites and brachiopods. The Columbus and Delaware Limestones, exposed from central Ohio to the Lake Erie islands, are quite fossiliferous. Fossils in the Columbus Limestone are notable for their large size. Perhaps the most spectacular fossils from Ohio’s Devonian-age rocks come from the Ohio Shale near Cleveland. Construction projects in and around Cleveland have produced the bony armored plates and jaws of fossil fishes known as arthrodires.